I would like to announce the formation of Manhattan Community Board 9’s LGBTQ Task Force. The Community Board voted unanimously at our February 18th General Meeting voicing its support for such a Task Force to study the specific and unique needs of the LGBTQ Community in West Harlem to better understand the holistic needs of the members of this community as they relate to issues such as education, housing, health and mental hygiene, aging and the elderly, police relations, and any other such community matters in the district. West Harlem has long been home to a vibrant LGBTQ community, and with this Task Force, we hope to create a space in which members of the LGBTQ community can speak out and be heard on issues, including those relating to the provision of social services and relations with the City and State.

I have appointed Barry Weinberg as Chair of the Task Force. Throughout the coming weeks, we will be adding members to the Task Force and conducting extensive outreach in West Harlem to encourage community members to join the Task Force as public members and attend meetings. I would like to invite any Community Board members interested in joining the task force to e-mail mcb9LGBTQ@gmail.com. The Task Force is also open to members of the general public in Community Board 9. If you know of any family, friends, or other neighbors who may be interested in joining, please have them reach out to mcb9LGBTQ@gmail.com.
Thank for your support on this important initiative. 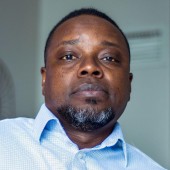